Now, I’m not saying that Shreya was a bot, but it’s possible. Our broadband speed had been dropping out and fluctuating in speed for a couple of months. It had stabilised for the last two weeks on 1.5mb/s. We pay for 70mb/s, are advised to expect an average of 46mb/sec and usually get 20mb/s. And so I clicked the chat button on the support website. A panel popped up. Right. Here we go.

Now, years earlier, I’d had a bit of a runaround with an Adobe support bot. Back in 2005, this thing was clearly not a person. My trouble was Premier Pro, which was refusing to acknowledge my serial number. New machine, reinstall everything, anti-piracy measure freaks the hell out, you know the drill. I spent the next hour running around in circles, repeating my details. The fourth time it asked which OS I was running, I gave up. So much for customer support. And that was when I’d paid full price for the software.

Which is not the point I’m making.

There used to be a button on the broadband website to run a speed check. I think it compared the downlink speed with the actual speed, before concluding that everything was fine because they kind of matched. Even though — as I knew — the downlink speed was minuscule compared to what it was supposed to be. And so the speed check button was not proffered and so it was on to customer support. A chat interface with which I now conversed.

Which isn’t the point either.

Even if Shreya was a person, she would have been reading from a script. Turn this on and off. Reconnect this. And so on, diligently checking on what I knew for sure the problem wasn’t. Go through the rigmarole, even though I proved my case (I think) by pasting the logs into the chat interface. Here’s the speed test on my end. Here’s the tier we’re on, and so forth.

Eventually, Shreya ran a line test — or clicked on a button somewhere on a console to activate it — acknowledged that the speed was low, that the fault appeared to be outside the house (which I already knew from the router self-test), and that an engineer would now look at it.

Great, that’s all I wanted. I wished I could have had a simple command line utility. Something like:

In my imagination the low speed and other parameters would trigger an engineer to investigate what the diagnosis tool on their end had told them1. Simple, direct, precise. I’m big fan of the command line.

Good practise, for when the AI overlords come.

Broadband speed was back to normal for three days and then reverted. Ultimately a man and a van were seen poking around in a hole in the street and speeds returned to what’s considered normal around here.

Now back to Netflix telling me what I want to watch. 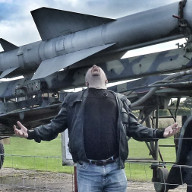