I list moviemaking as one of my hobbies, under the assumption that almost anything I do is a hobby to one degree or another. In practise a huge chunk of it is Starship Intrepid, a Star Trek fan film series of which I’ve done directing, acting and (usually) camera. We’ve been going since 2003 which I recently learned makes us the longest-running Trek fan film series in the world. Normally I’d describe us as the UK’s first, so that’s another little claim to fame.

Nick Cook, who most closely fits the description of showrunner talks about it here. History of Star Trek Intrepid You haven’t lived until you’ve tried to get a shot on a Scottish mountainside in the rain, waving a metal tripod in the air as a thunderstorm is approaching. 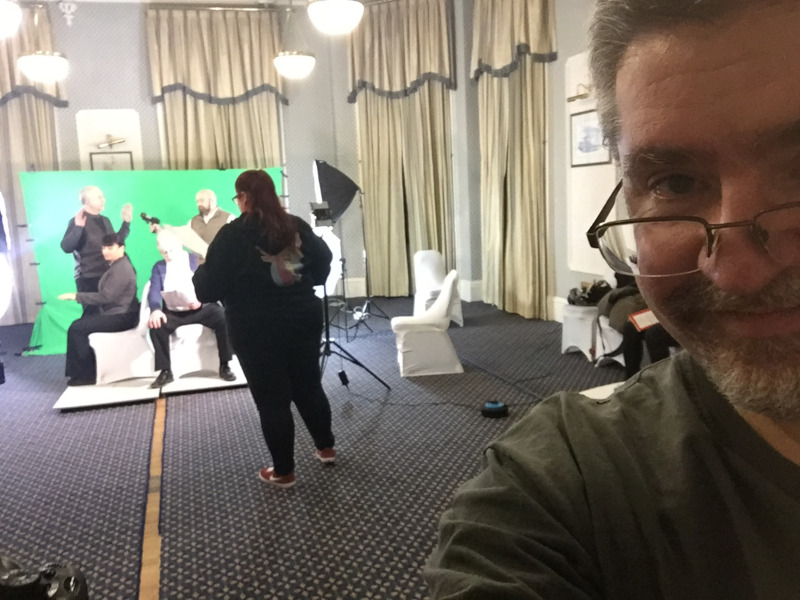 Outdoor shooting is a world all by itself, and Echoes – the current episode – is going to have plenty of that. In the meantime we did some indoor greenscreen shooting in Dundee’s Queen’s Hotel. (This counts as a tip for amateur filmmakers… function suites can be booked off-season for at loss then than you might think.) Plenty of space for the greenscreen, cast and crew, and it was quiet. Certainly beats doing greenscreen in Nick’s kitchen.

On the downside, greenscreen means a ton of post-production doing compositing, keying, and VFX, but on the plus side it’s not my problem1.